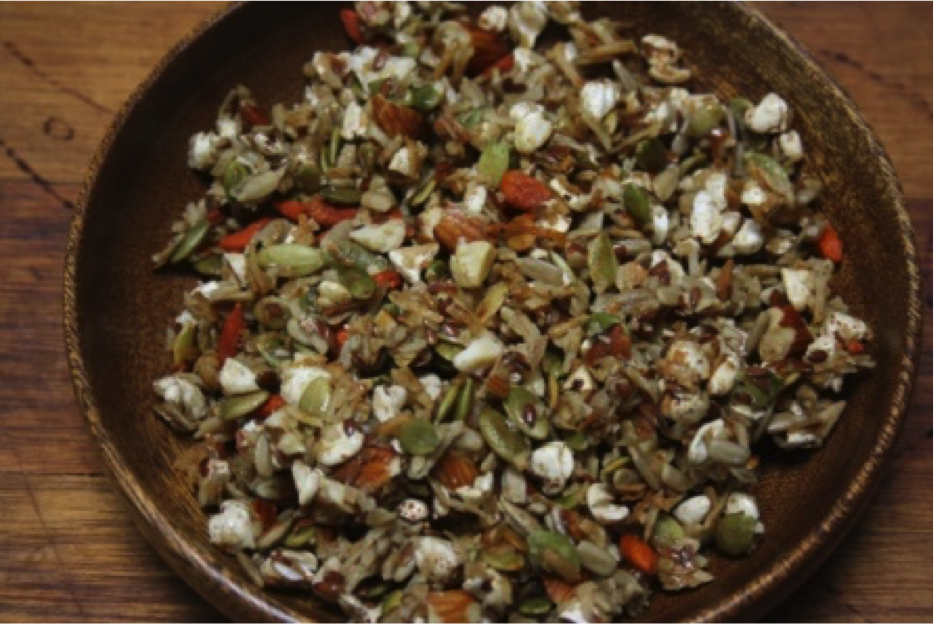 Zest of one orange (thin strips if possible)

Preheat your oven to about 130°C or 110°C if your oven is fan-forced. Line 2 trays with baking paper and set aside.

Measure goji berries and set them aside. Mix all the other ingredients together by hand in a large bowl until well combined.

Spread the mixture evenly out over the two trays and bake for about an hour and 15 minutes, stirring once in that time. Leave to cool on trays and then stir in the goji berries.

This can be stored in an airtight container for up to 4 weeks. Good luck with that though. I think it lasted under a week in our house.

For a different flavour, I have used almonds or pecans instead of the macadamias. Still very tasty!