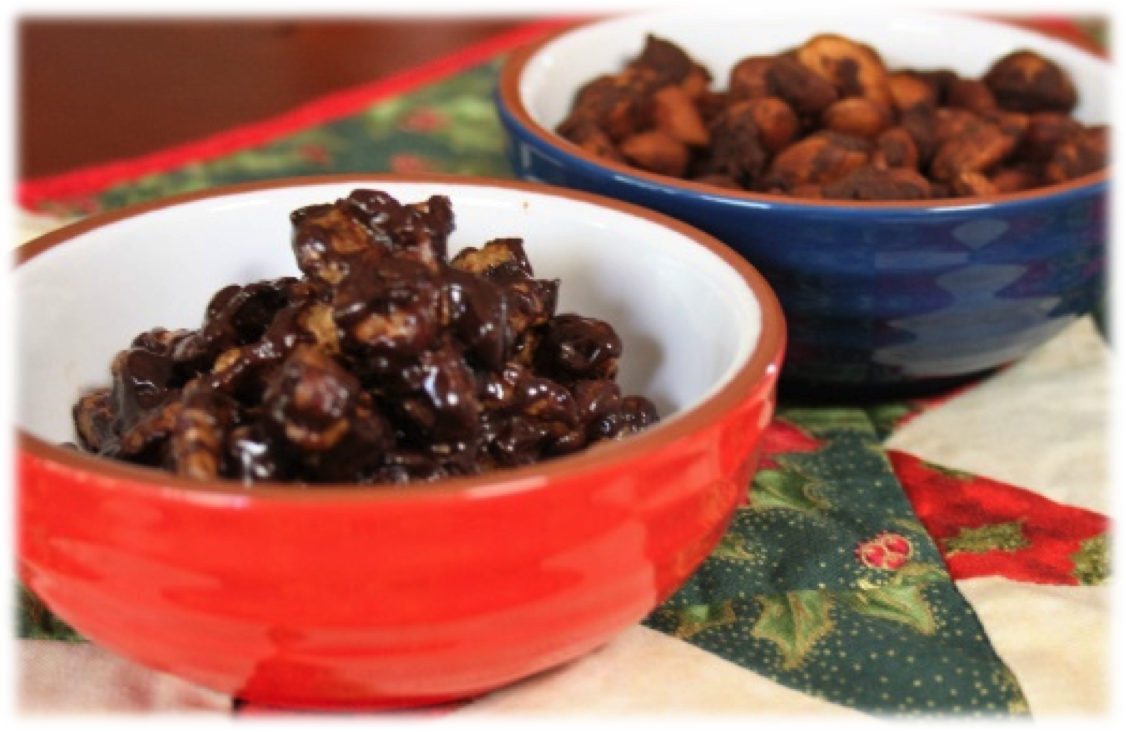 Place the nuts in the pan, coat with the oil and maple syrup and toast over a medium heat for 15-17 minutes, or until lightly toasted. Turn them regularly to allow for an even toasting.

While they’re cooking, mix together all the spices in a separate bowl, before adding them to the cooked almonds. Stir well to evenly coat, and then place onto a plate to cool.

As an alternative, I have tried using walnuts in place of the almonds, and honey instead of maple syrup. Following the same method and other ingredients, they are equally as tasty. They do tend to stick together a little bit, but that just adds to the fun of eating them.