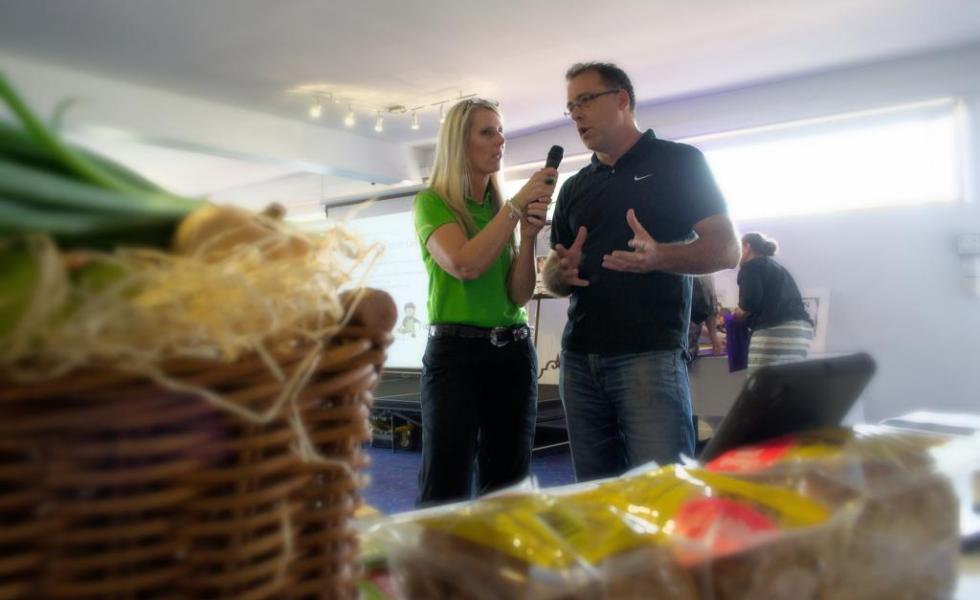 Having worked in many different countries around the world, I have been fortunate enough to taste, experiment and cook with different types of foods from all over the globe. As I went through my career as a young chef, I quickly learned that working with fresh organic produce always seemed to boost the natural flavour of the dishes that I prepared.

From then on, I seemed to gravitate towards using organic produce over conventional. I especially liked how vibrant everything was in colour and the boosted fragrance in the produce. As my career progressed I embraced the clean and fresh tastes of the organic produce and I would alter my menus according to what was in season, fresh, and in abundance.

The fact that I was supporting small local farmers was an absolute bonus, and I found that by using smaller niche growers it took the ”commercial” element out of farming, and allowed my customers and I to go back to the basics. I began to call the growers as I needed produce, and they would pull the veggies out of the field that morning to go on the menu by that night. The idea of produce being picked fresh by hand and not mechanically harvested and stored inspired me to always stay connected to local organic growers – no matter where in the world I was.

A lot has changed since chef-ing overseas. It’s many years later, I have retired from chef-ing and I am living in Australia. I find that my whole lifestyle has now gravitated towards using organic and consuming organic products wherever and whenever possible.

The early years definitely paved the way forward for me in using organic produce. I personally think organic produce is superior in taste to conventional produce as it is always picked when in pick season and it its best, thus allowing the full flavour to develop and the lack of chemicals and wax on the produce allows the flavour of the produce to really shine through.

So what set you on the road to organic? We’d love to hear your story!

HomeFresh Organics is a labour of love for husband and wife team Johan and Samantha Gelderblom. Together they have spent 25 years in the food industry, with Johan working as a Chef at some of the best restaurants around the world and Samantha, a former Pastry Chef, combining food and travel with work at a number of exclusive hotels and restaurants. Having too frequently been on the receiving end of poor quality produce has instilled in Johan and Samantha a desire to provide top quality goods and first class service to their customers.