How yoga changes the brain. 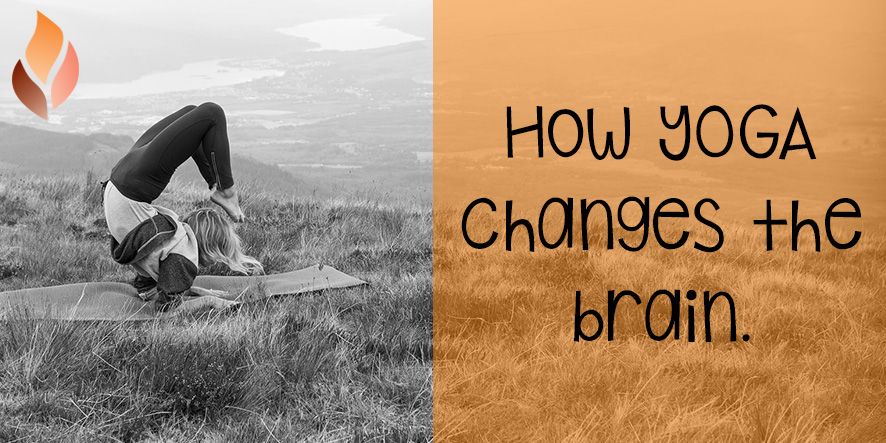 A fantastic article by Dr. Axe

Did you ever wonder how yoga changes your brain? As it turns out, that post-session happiness you feel isn’t just in your head. Using brain scans, scientists can now prove that yoga actually changes your brain chemistry. And that’s a good thing. Just like practicing tai chi moves, using yoga as a form of exercise and meditation can help naturally treat a range of health issues, particularly ones rooted in the brain.

How Yoga Changes Your Brain

While natural therapies, including yoga, don’t have a ton of funding for major studies compared to the pharmaceutical and biotech industries, we are starting to see some compelling science emerge. Some of the best science to date showing how yoga changes your brain involves yoga’s impact on anxiety, depression and pain tolerance.

Did you know yoga is a natural remedy for anxiety? That’s because yoga impacts our brain’s GABA levels. GABA is short for gamma-aminobutryic acid, sometimes referred to as your body’s “chill out” neurotransmitter. GABA is crucial for suppressing neural activity. Your GABA neurotransmitters produce a calming effect similar to of drinking alcohol (without the harmful side effects). And, of course, alcohol’s calming effects are only temporary, with anxiety often rising once the buzz wears off. (1, 2)

Yoga bumps up your brain’s natural GABA production without traditional anti-anxiety drugs designed to help your body release GABA. (Getting off of these benzodiazepine drugs can lead to serious withdrawal symptoms.) Yoga sounds much better than insomnia, seizures and, ironically, more anxiety linked with drug withdrawal. (3)

Bring on the asanas! And get this. While walking to lose weight really works, it may not be your best defense against anxiety. Practicing yoga unleashes more anxiety-quelling GABA in the brain’s thalamus than walking, according to a 2010 study published in the Journal of Alternative and Complementary Medicine. Compared to pleasure reading for an hour, a 60-minute yoga session increases GABA levels by 27 percent. (4) Because of its combination of breathing, meditation and movement, yoga could be one of the best exercises to combat anxiety.

Yoga can actually prevent or reverse the effects of chronic pain on the brain, according to the National Institutes of Health. In fact, depressed individuals may have reduced gray matter in the brain as the result of chronic pain.

But yoga and meditation have the opposite effect on the brain as chronic pain. And get this: People who regularly practice yoga have more robust levels of gray matter in their brains in areas involved with pain modulation. This means yoga could be an effective remedy for certain types of depression and one of the top natural painkillers you can count on. (5)

Final Thoughts on How Yoga Changes Your Brain

Yoga could be the most important forms of exercise to combat anxiety thanks to its unique breathing, meditative and stretching exercises rolled into one practice. While there are many different forms of yoga, I encourage you to start out with gentle yoga and experiment to find the type that works best for you.

Medical research tells us that yoga changes your brain in wonderful ways. These include flooding the brain with calming GABA and bulking up gray matter in areas of the brain that make us able to tolerate pain. This is crucial for those living with chronic pain. Too many doctors are too quick to prescribe painkillers. Instead, give yoga a try. Your brain will thank you.